It’s hard to believe that it has been 25 years since we launched the Agricultural Health Study (AHS)! Your participation has led to many discoveries about how pesticide use and other farm activities may impact health. In this issue, we reflect on the past quarter century, highlight key findings and describe future plans—there is so much more to learn about agricultural exposures and health. We appreciate your contribution and dedication, and hope you will continue to participate.

Who is the AHS Research Team

The AHS is led by a team of scientists from several government agencies. Over the years, we have worked closely with researchers, practitioners and advisors at several universities, including our partners at the University of Iowa, state departments of public health, and local extension services across the country. We have also collaborated internationally; the AHS serves as a model for the study of the health of agricultural populations around the world.

Everyone on the AHS team is committed to learning how to best protect the health of farmers, their families, and communities. Some of us come from a farming background. Study co-founder Dr. Aaron Blair, study collaborator Dr. Charles Lynch, and current Principal Investigator Dr. Laura Beane Freeman grew up on farms in the Midwest, and Staff Scientist Dr. Christine Parks lives on a family farm in North Carolina. Regardless of our backgrounds, each of us has devoted the majority of our careers to studying and promoting the of health of agricultural workers and their families.

Together, we are making a difference!

We began the AHS with the goal of better understanding how agricultural exposures and lifestyle factors affect the health of farming populations.

Collecting Information. Since enrollment, participants completed three follow-up surveys to update information on farming practices, lifestyle and health. These were done during the years 1999-2003, 2005-2010, and 2012-2015. As part of the first survey, some participants also completed a diet questionnaire and provided a mouth rinse sample containing cheek cells that have been used to study how genes may affect disease risk.

Special Studies. Over the years, many participants have taken part in special studies focusing on specific health conditions or exposures. For these special studies, participants may have completed additional questionnaires and special tests, and provided biological samples. 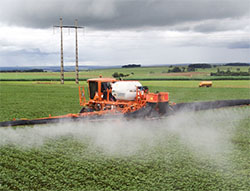 Key Findings from the Study

The information you provided has allowed us to study a range of topics relevant to the health and safety of farmers, their families, and their communities. Below we recap some findings from the past 25 years. To learn more about our findings, please see the News & Findings page. 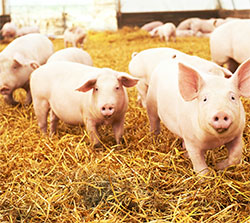 Looking Toward the Future 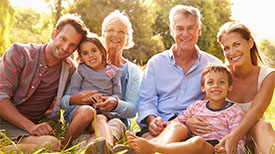 We have much more work to do to understand how farm exposures may affect health. Later this year, we will ask you to once again update your health information. With this follow-up information, we can learn more about diseases that may take decades to develop. Even if you are no longer farming, your input matters!

AHS participants have told us that the health of their family is most important to them. Soon we will begin inviting adult children of AHS participants to enroll in a new study called the Early Life Exposures in Agriculture Study (ELEA). This study focuses on how growing up on a farm impacts health in early adulthood and beyond.

As we look to the future, we thank you for your participation and the significant contributions you have made to identify factors that promote good health in farming communities.